Is your mobile device secure? Tips for staying safe on your phone 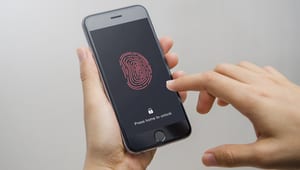 Modern-day smartphones carry an incredible amount of personal data. On a daily basis we access our emails, social media accounts, and personal contacts with a single tap of our finger. Our banking and financial details are stored on apps while our private pictures are tucked away within WhatsApp or a similar chat service. These are lucrative files for hackers.

If you’re not concerned about online security, then we urge you to reconsider. Just because your device hasn’t been compromised yet doesn’t make you immune from such attacks in the future. In 2016, hackers gained access to more than 1.3 million Google accounts by infecting Android phones through illegitimate apps. This means personal email accounts, pictures, and documents were left exposed.

Devices running MacOS aren’t entirely shielded, despite the perception of it being the safer platform. A report from Malwarebytes stated that MacOS was vulnerable to potentially unwanted programs (PUPs) such as adware. Such malicious programs typically perform hidden functions in the background without the awareness or consent of the user.

So how can you keep your mobile device secure? Here are 5 ways to safeguard your personal security:

1. Ensure you activate a screen lock

Our phones usually come with an option to auto-lock after a period of inactivity. You can preset this time — the lowest is about 30 seconds — so that any intruders or lurkers remain at bay.

We believe this is the first line of defense you should apply in your quest for personal privacy. If, for example, you were to accidentally forget your phone in a coffee shop or restaurant, then a potential thief could simply walk away with it and have access to all the information stored inside.

Since there’s no automatic lock, the phone would instantly reveal itself to whoever swiped up or clicked the home button. Make sure the automatic lock is activated and the password is either a unique pattern or a hard-to-guess PIN code (please don’t use 0000 or 1234, you would be surprised at how many people do!).

Antivirus software isn’t just to keep our laptops protected. It does a very good job for our phones, too.

According to the AV-Test security report, there were over 643,476 Android malware programs in June 2017 alone.

Malware is malicious software that’s hostile, invasive, and seeks to infect your device by taking control over its operations. Mostly it’s designed to extort cash via blackmail — it does so by stealing and encrypting your data, hijacking core functions, and threatening to release personal information until you pay up.

Doesn’t sound like a situation you want to be a part of.

To protect your mobile phone from malware, it’s recommended that you install one of these three antivirus solutions:

3. Be careful of your app installation policies

The rule of thumb here is to only download apps from the official app stores of both the Android and iOS platforms. This means avoid those spammy links that you get from torrent downloads, blog posts, or casual email forwards from your buddies.

Both Google and Apple vet the security policies of apps they allow on their marketplace. It’s rare to find infected apps on official stores, but it has happened in the past. Nevertheless, it’s a best practice to avoid third-party app stores or links like the plague.

Other tactics you should deploy is to keep checking the apps downloaded on your phone from time to time — let’s say every 6 weeks. If you rarely use a certain app then just remove it from your phone. Enable automatic app updates — this is particularly important for the antivirus app installed as it will have the latest patch installed. In other cases, too, it’s likely that the update carries a new batch of code that has been tested against upcoming and emergent vulnerabilities or threats on the horizon.

At the end of the day, all it takes is one misstep for you to download a link from a spam email or trust a suspicious message from a friend’s account. Better to be safe than sorry.

The quickest way to physically recover your device in the case of theft is to track it via the internet.

In Android devices, this feature is called “Find My Device”. iOS users will need to avail the “Find My iPhone” option (note that this works for other iOS devices, too).

By activating these features, you’re making it possible to remotely track your device even when you aren’t in physical possession of it. While it’s possible that your data may have already been accessed, it still gives you a good chance of catching the perpetrator and, more importantly, getting back control over your information.

5. Add an additional layer of security with a VPN

Our first instinct at a coffee shop, mall, airport, or hotel is to connect to that unfamiliar public wifi network.

That’s just second nature — after all, data is expensive and why shouldn’t we take advantage of the free internet on offer?

What you might not know is that hackers can lie in wait on public wifi networks. Phishing attempts, man-in-the-middle attacks, and other murky methods of extracting data are prevalent on networks typically used by thousands of people.

A Virtual Private Network (VPN) encrypts all the internet traffic flowing to and from your device and routes it via an intermediary server. This makes the connection almost unhackable — so any prying hackers or other malicious entities will have an enormous task ahead if they are to gain access to your device.

In fact, it’s practically impossible to do so. VPNs have kept state surveillance agencies at bay and even your ISP can’t figure out exactly what you’re doing on the internet when connected to a VPN. In fact your browsing history is only known to you; most VPN providers won’t store data which means even they can’t figure out your digital footprint.

The encryption element of VPNs is great for personal security purposes. What’s more, they’re designed to unlock restricted content and access social media apps where they might be blocked, such as your office or school. With a VPN you’re actually taking advantage of the unrestricted internet, in its pure shape and form.

What’s better than that?

Security threats are never stagnant as hackers will not stop trying new things to make a quick buck.

However, by using all the recommended methods in this article, you’re setting yourself up for the best possible chance to keep your mobile device secure on the internet and your personal privacy out of harm’s way.

Osman's been a tech writer and editor for several years. He's interested in the intersection of technology, privacy, and security and aims to empower consumers through his writing. When he's not typing away furiously, you can find him basking in the sun or enjoying the great outdoors. https://twitter.com/osman_husain