The Ultimate Guide to The Best Antivirus Software In 2018 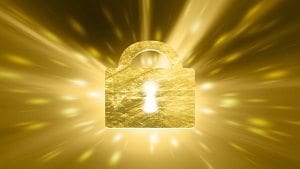 Year in and year out, this topic comes up at the end and at the beginning. This is because malicious users and infosec personnel are in a constant tussle, and try to outwit each other. But it is you, the everyday internet user that gets caught between the firing. If the hackers win a round, it is you who gets affected. While relying on infosec personnel is a show of good faith in their capabilities, you have to take measures yourself. One basic measure you have to take is to use an antivirus.

Threats to look out for

The bad boy of recent years is set to continue his reign of terror in 2018. With the growth of upward of 2,500% in 2017, Ransomware will continue to wreak havoc and cause problems for users all over the world. It is particularly a threat in the healthcare and government public records sector since it denies access to the most important and frequently used data. Ransomware authors are upping their game and creating more sophisticated malware to spread the ransomware. Your best bet is to prevent it from laying siege to your system, for decrypting the files later is usually a problem.

Cryptocurrency usage will continue to increase as more and more people look to it to increase their wealth. But with a lack of regulations and good anonymity for all users, coupled with the money that circulates, hackers are making it their playing field. There are many instances of hackers tampering with crypto networks. Sometimes they hack into smart contracts, while sometimes wallet organizations are breached. But most importantly, hackers try to harness user systems and add them to their botnet network to indulge in mining. This was shown by the case of Smominru Monero Botnet.

3. SSL and TLS encryption based Malware

So far, malware attacks leverage unencrypted traffic. Your information is shared without any encryption, which makes it simple for malicious users to exploit it and use it to cause damage to you. But experts believe that encrypted traffic will be used on a more frequent basis to spread malware in the coming year. The threat has been there for some time, but still, companies are not employing deep-packet inspection of encrypted threats, which will only work against you.

While hackers are always trying to penetrate antivirus defenses, antivirus operators are also strengthening their defenses and improving their precision. They are always striving to keep up with the time, which is quite essential for the protection of users. Currently, antivirus software are using some methods to improve user security and malware detection.

Testing for malware, adware, and spyware is an integral part of any antivirus software. Antivirus software uses their library of known malware and spyware to test for any match in your system. As updated and holistic as these resources are, there’s always the chance that a new and unknown malware infects your system. Taking a behavioral approach can help your antivirus spot the suspicious activity and take action accordingly. Whenever an antivirus spots suspicious behavior, it can take a few steps. It can:

With the constant rise in ransomware attacks, more antivirus vendors are providing this feature. Some ransomware protection services offer ransomware removal, but that doesn’t always help you since it does nothing to give you access to your encrypted files. But there are techniques that can help you with ransomware before it affects you. One method is to prevent unauthorized access to files in usual target locations like Documents and Desktop. Antivirus software uses known ransomware behavior to detect similarities in your system. Another approach is to use bait files in these target locations. A behavior-based technique, it sends the antivirus into ransomware mitigation the minute these files are accessed.

You share a lot of personal information through your browser, and you repeatedly use it to access your banking system. This information is gold to hackers. Antivirus vendors are coming up with secure browsers that not only store your passwords for you but prevent access to malicious pages and warn you for future reference, among other things. Virtual keyboards can help you against key loggers.

What the Major Labs Say

Every year there is exhaustive research by major security and testing labs on antivirus software. They use different testing strategies to come up with different scores for antivirus software and thereby provide a rating of their own. They also do a rundown of all the major threats of recent times and give researchers, antivirus vendors, and other testers a library of things to look out for.

Labs like AV-Test Institute, Simon Edwards Labs, and MRG-Effitas are the best when it comes to using a reference for antivirus software testing and/or researching, as well as to know what the latest attack vectors are. Their reports give a sound prediction of what is to be expected. Most of these labs predict an increase in ransomware and cryptocurrency based malware attacks. Another area that will see more malicious activity is the IoT field. IoT devices are not usually protected, and with the amount of data they exchange, they are attractive to hackers.

These independent labs rate BitDefender Antivirus Plus at the top.

What to Look for in Antivirus Software?

McAfee continues to dominate the antivirus field with its able antivirus software. As the quality of threats improves, McAfee improves the security of its defenses to ensure that you are protected at all times. No matter what kind of test is thrown its way, McAfee Antivirus comes through with flying colors. Whether it is malware detection, safe browsing, ransomware protection, sandboxing…you name it, and McAfee Anti-Virus delivers.

This antivirus tops the list in malware detection and spam URL filtering tests. It has all the features that competitors boast like password manager and secure browsing, while it also throws in a few bonus features that make it worth spending the money on Symantec Norton Antivirus Basic. The only drawback, similar to Kaspersky Anti-Virus, is that running a scan takes a long time. With Symantec Norton Antivirus Basic, the scan time is really long, which is surprising. But apart from that, top marks in everything.

This is the other choice that most researchers and results point towards. It matches Kaspersky neck to neck and provides an antivirus solution that keeps your system safe from any kind of threat it encounters. Bitdefender Antivirus Plus has it all. While a neat and refined antivirus interface helps you run a scan quickly, has an able secure browser and password manager, and protects you from ransomware. This is a malware battling weapon, and if you have it, you can go to war with any malware and come out victorious.

Use The Best Antivirus Software for the Best Protection

The new year brings newer and more sophisticated threats to your system. But with the help of the best antivirus software, you can continue living a malware-free life.