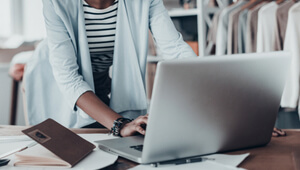 High-profile hacks, such as the Equifax and Marriott breaches, tend to hog the headlines and the ensuing public interest, but that doesn’t mean malicious entities only target the big fish.

According to a 2017 study by the Ponemon Institute, 61 percent of small businesses reported cyber attacks, which is up from 55 percent a year earlier. The total cost of these attacks was over $1 million due to a disruption in normal business operations and the cost of repairing and fixing damaged IT assets.

The report added that most of the attacks were either phishing scams or ransomware attacks. Fifty-four percent of respondents admitted to data breaches involving personal information about customers or employees – with the average size of the breach consisting of approximately 9,350 records. Furthermore, 54 percent of data breach cases were due to negligent employees that deployed weak passwords or used unsafe browsing practices. 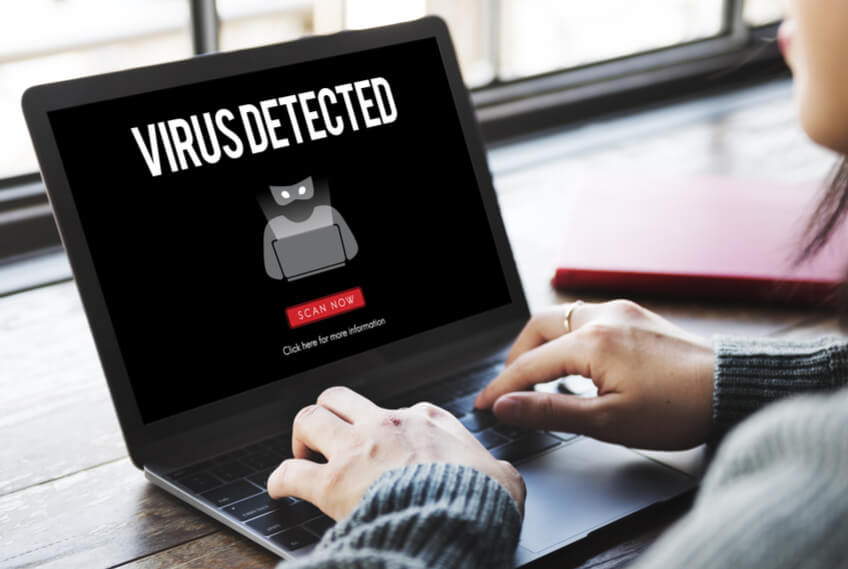 Daniel Castro, Vice President of the Information Technology & Innovation Foundation, a government think tank in the United States, says that cyber attacks represent an existential threat to small businesses. This is not only because of escalating costs needed to tackle them, but also the loss of revenue, customers, and business confidence after a successful breach.

By extension, freelancers, budding digital nomads, and other self-employed individuals are equally at risk. Such people don’t have sophisticated software to tackle cyber attacks. Nevertheless, they’re often dealing with sensitive, proprietary data that are valued by hackers.

A quick and simple fix against these concerns is a robust antivirus system that will keep you protected by guarding all your sensitive information.

What Should I Look for When Choosing an Antivirus Software?

There are hundreds of antivirus software options to choose from but it’s dicey to assume that they all have similar functions and capabilities. At the outset, you should look for the following characteristics from your antivirus software provider:

1. It should be able to detect and neutralize malware instantly

Malware is one of the most common reasons why businesses and self-employed individuals suffer from data theft, extortion, and financial loss. When settling on a suitable software provider, be sure to read reviews on its malware detection rates. The top ones routinely detect and block over 90% of all identified malware. This is an important metric because new malware is constantly being added, making it important for the antivirus software to constantly stay one step ahead.

2. It shouldn’t eat up a lot of system memory

You want your antivirus software to run in the background constantly, keeping a close eye on new and emerging threats. That doesn’t mean that it should come at the cost of slow performance for your critical business applications. Ultimately, you’ve chosen the software to facilitate your work, not to slow it down.

The best-engineered software does both: guards against viruses yet only uses a small number of system resources, such as RAM, so that you can continue your work without feeling the difference. If you have a slightly older computer, you shouldn’t have to spend an exorbitant amount of money to upgrade just so that you can use antivirus software.

3. It should be easy to set up and use 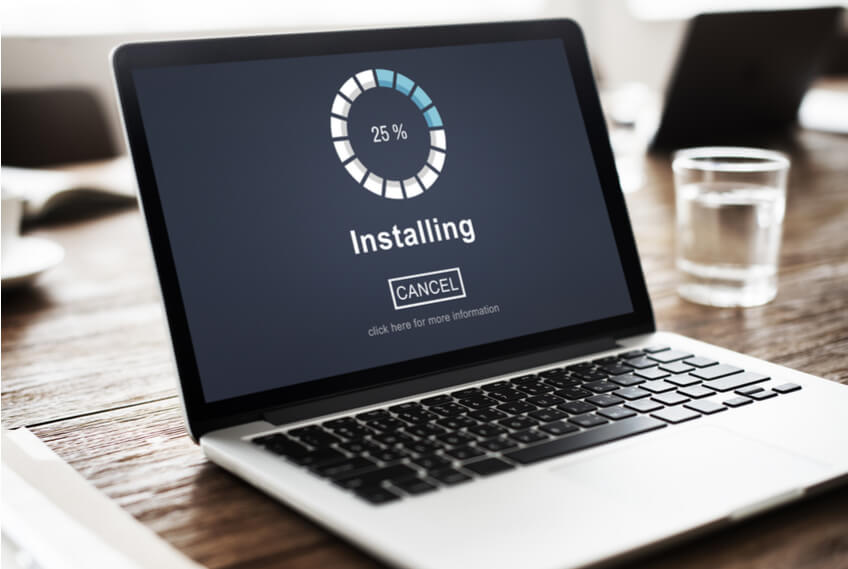 Antivirus software is a sophisticated programming that requires a team of security researchers to put together. At the end of the day, however, it’s supposed to be used by ordinary people like you and me. That means we shouldn’t be expected to have an in-depth understanding of computer science simply to be able to set it up. The best antivirus systems incorporate ironclad security with an extremely simple user interface.

4. It must have a range of features

It’s tempting to download free antivirus software, run a system scan, and assume everything is okay when no threats are detected. However, that’s a problematic and reactive approach. Shouldn’t your antivirus system ping you before download or access a threat? That’s why we recommend that your antivirus have features like active email filtering, web blocking, spam filters, and more.

5. It should have robust customer support

If something goes wrong or you notice a problem in your antivirus software, you want it to be fixed ASAP. After all, a virus won’t wait, so you can’t afford more than a slight delay in protecting your machine and data. That’s why we think the most suitable antivirus software programs are those that provide round-the-clock support so that your concerns and questions are adequately dealt with.

So What’s the Best Antivirus for My Business? 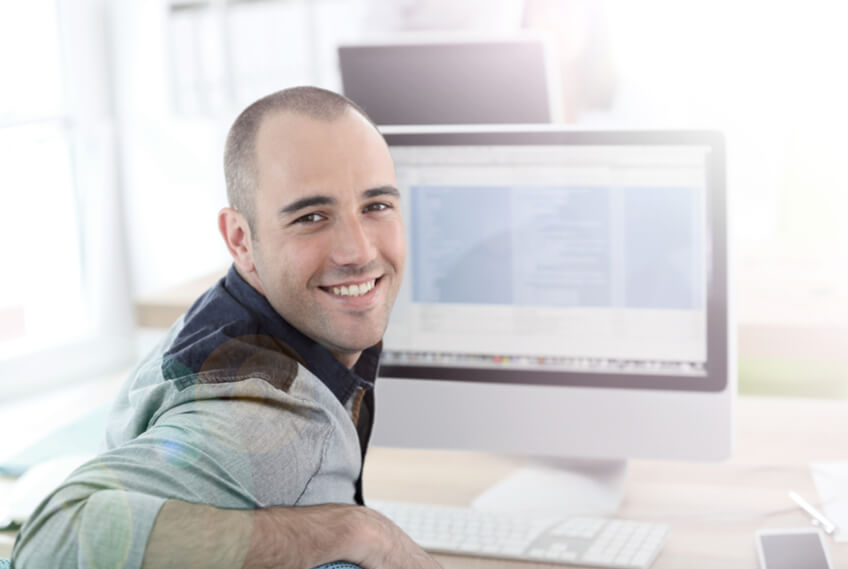 Based on our in-depth user reviews and analyses, we recommend the following 3 providers. They are the best suited to defend your small business or home office against malicious cybercriminals:

Originally engineered by Symantec back in 1982, Norton Antivirus is a household name in the field of cybersecurity. Millions of people around the world use and trust its products.

Even the basic package offers 360-degree protection against viruses, malware, spam, and lots of other threats. It works on all of the major platforms, including Windows, Mac, Android, and iOS.

Norton’s critical mass – 175 million users and counting – means it’s in a prime position to proactively monitor and search for threats, as well as update its technology to ensure nothing remains out of reach.

Other benefits associated with using Norton include its 24/7 customer support and a wide range of protection features. It is extremely lightweight when it comes to using system resources, so it won’t slow you down. What’s more, it’s extremely easy to get started with Norton.

Despite only having been around since 2001, BitDefender has established itself as a leading name in the antivirus industry. Its most robust product is Total Security. This antivirus software works on all platforms and has won several awards for its top-tier features.

BitDefender is an excellent option for power users. It boasts ransomware protection, spam filters, and a pleasing user interface all in one package. You’ll also have 24/7 online customer support available so you will never feel alone.

Similar to Norton, McAfee is another veteran in the antivirus industry. It has served its loyal users well over the years and shows no signs of slowing down.

This software offers a number of desirable features such as anti-spam functions, firewall, site advisor, shredder, vulnerability scanner, and more. It’s also the cheapest software on this list, and therefore suitable for budget-conscious users. For the price, McAfee is hard to beat, especially when you consider that it also includes 24/7 customer support.

You might think that it’s okay to skip installing antivirus software. After all, you’ve been immune to attacks so far. Maybe an antivirus program would just be a waste of your time and money. If that thought process sounds familiar, you should know that you’re only inviting trouble.

All it takes is one successful intrusion for your data to be stolen. The likely result is a loss of your customer base and revenue. Are you prepared to risk your security, livelihood, and the trustworthiness associated with your name just because you want to save a few dollars?

Antivirus software programs are designed to keep you secure. If you’re a freelancer or small business owner, you can’t go wrong with choosing one of the antivirus options that we’ve recommended in this article to keep hackers and other malicious entities at bay.

Osman's been a tech writer and editor for several years. He's interested in the intersection of technology, privacy, and security and aims to empower consumers through his writing. When he's not typing away furiously, you can find him basking in the sun or enjoying the great outdoors. https://twitter.com/osman_husain